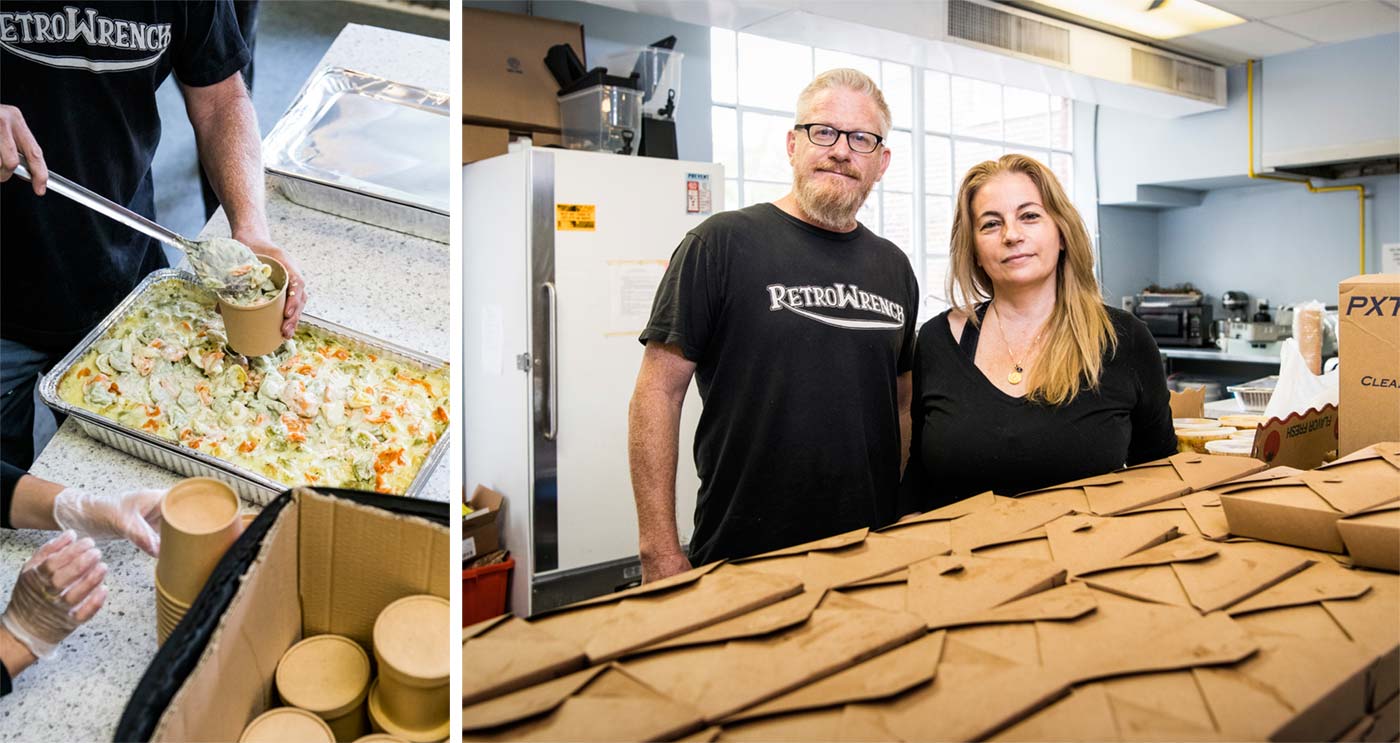 For the last decade, Donny Greene has been working with the houseless population in Louisville, KY. When COVID-19 hit, this already vulnerable population found themselves even more so. Soup kitchens were closing, food bank shelves were empty and shelters could not keep up with the demand. So Greene and Louisville chef Rhona Kamar answered the call, joining forces with a few Kentucky restaurants and chefs to create Feed Louisville.

“When COVID hit, so many nonprofits shut down,” Greene explains. “So when that’s your last social safety net, what do you do? What’s your next step?”

Feed Louisville came in to fill the gap. The organization was founded with one goal: to deliver 500 meals a day to Louisville’s houseless population all over the city, with a focus on the south and the west end of town. According to Greene, by September 9 Feed Louisville had served over 50,000 meals.

As owner of Prana, a wellness food and beverage company, and Ramsi’s Cafe on the World, Kamar’s food connections helped recruit donors and volunteers. Each day, restaurants, chefs and farmers they partner with prepare hearty meals of their choice. In the evening, Greene loads his truck and hands out meals, water and other nonperishables. “There are neighborhoods where I pull up and a group of people will be waiting,” he says. “We don’t gatekeep resources; we tell them, ‘You take what you need.’”

Currently, Feed Louisville serves around 400 meals a day, six days a week. But they want to do more. The organization is in the process of applying for 501(c)(3) status. They’ve also launched a farmers program that allows the community to purchase produce for Louisville’s houseless population directly from local farmers.

Beyond feeding houseless populations, the organization is working to shift the way the community thinks about those experiencing homelessness. “If we can all work on our sense of intimidation when we see someone on the street, that would really help,” Kamar says. “Make eye contact with people. They are not in this position by choice. This pandemic has taught us anyone could be in this position.”

Signup for our Newsletter.
Stay up to date on the local food culture!

Register for our Newsletter

see all
Article from Edible Indy at https://edibleindy.ediblecommunities.com/food-thought/feed-louisville

Local, Fresh and In Your Inbox

Keeping you up to date on the local food culture of central Indiana and beyond.